My passion is to create subscription businesses 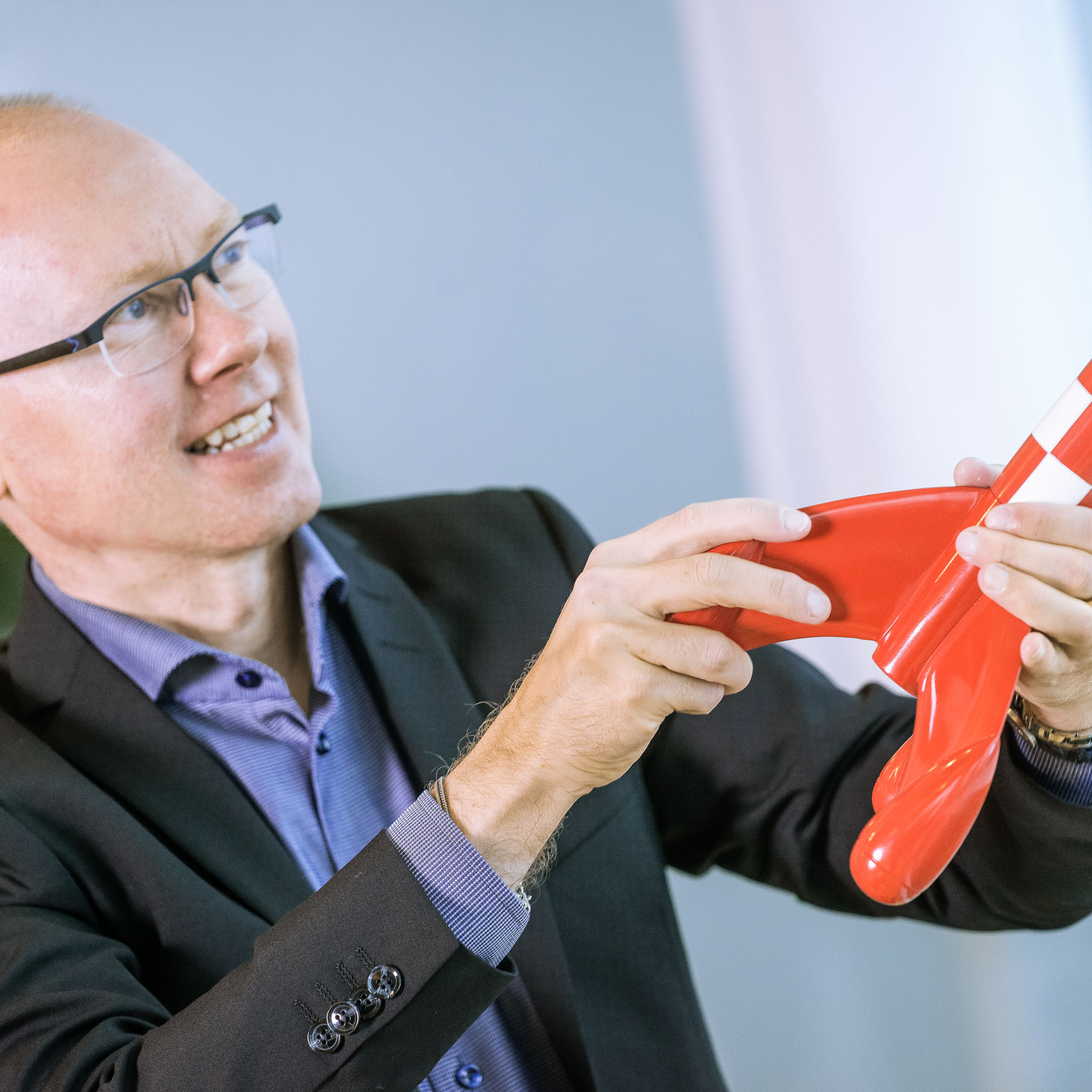 When I was studying my Master of Economics at Aarhus University, I read Lee Iacocca’s book about how he rescued the car company Chrysler from bankruptcy. I found the story really powerful, without realising why. Not until many years later did I understand that the book was an entrepreneurial book and that I loved working with entrepreneurship.

I got this entrepreneurial gene from my parents, who established their own business publishing local and weekly newspapers, including “The Sunday Post”. My father has since established several companies, and even at the age of 77, he is still passionate about new initiatives, in recent years also as the primary driving force of a senior cinema concept.

My first company – Bladkiosken.dk (an online magazine shop) – I started up just after the dot-com bubble burst in the year 2000. I did it in my spare time and just for fun, but I thought it was exhilarating and enjoyable. The company doubled or tripled its turnover every year, and in 2007 I didn’t have enough time to run the business anymore. I had a demanding job and spent all my evenings and large parts of my weekends on Bladkiosken.dk.

In 2007 the television news company, TV2, came to my home and filmed a feature for the regional news about me running “Denmark’s largest online magazine shop just for fun and in my spare time”. The next day I got an email from a company called Freeway, asking me if we could meet for a chat about working together. I didn’t know who they were, but I googled that they were the largest online group in Denmark at that time, counting among others ARTO, Dating.dk, Trendsales and DKBN.dk.

I thought they would buy Bladkiosken.dk, so I didn’t have to spend all my nights and weekends on my business, but they were only interested in buying 50% and only if I became full-time director of the company. So I quit my job and took the plunge to become a full-time entrepreneur with Freeway as partners.

Three years later, I was looking to add more than just selling magazines to customers, and the choice fell on books. I believed that the people buying “iForm” (a health magazine) would also like to buy books about healthy living and those who bought garden magazines were likely to be interested in gardening books, etc. I wanted to sell the books through some kind of membership, but everyone I knew hated the old-fashioned book clubs with their long-term commitments and “book of the month”, which they forgot to cancel.

Consequently I invented a kind of modern book club without commitments and without the “book of the month” but where you had to pay to get access to the good membership offers. The first major advantage club in Denmark, Plusbog.dk, was created. The concept was simple: we sold the books below cost price and made a profit on the membership.

In the beginning we constantly tested the concept, prices, communication, etc., and the growth was slow. After a year and a half we had a concept that worked, and we decided to spend $300,000 profiling Plusbog.dk in a prime time television campaign running 3 weeks right up until Christmas.

The first advertisement was shown during the break in a dance show final, and the result was crazy: all Freeway’s servers went down on Saturday night, and the following 5 weeks leading up to Christmas we couldn’t keep up, even though we worked like crazy. By the time we reached the Christmas holiday we were completely worn out, but during those 5 weeks we got 10,000 new members on Plusbog.dk, and we were flying! That year we also won the Gazelle Award from Børsen (a Danish business newspaper) for the greatest in business growth.

The adventure ended and a new one is evolving

In the spring of 2017, I celebrated the 10th anniversary of my Freeway partnership, was included in Krak’s Blue Book (where the criterion for admission is that “one is academically competent and recognized within his field and thus has a significant, positive influence on Danish society”), and had achieved everything I dreamed of as an entrepreneur. I therefore sold Plusbog.dk and Plusbok.se, and instead founded Daydream ApS together with my wife, Mette.

With Daydream we live the life that everyone dreams of: We only deal with what we think is the most enjoyable, and we only work the number of hours we want to. I am now helping other entrepreneurs and businesses succeed.

These years Subscription as a business concept is exploding, and the potential is huge. Almost all industries and companies will at some point find that new subscription concepts are emerging, which to a greater or lesser extent revolutionize the industry. As a business owner, you must decide whether you want to wait for this to happen or whether you want to be a front runner, and be the one who takes market shares and challenges the others. Want to be reactive or proactive?

Connect with me on LinkedIN

You can see my entire resume on my LinkedIN profile. Please send me an invitation on LinkedIn – I would like to connect with you.

Should I also help YOUR business succeed?

Subscription companies I have invested in

”Subscription King or Expert – you choose. Andreas has helped a countless number of entrepreneurs and startup businesses to reach success.”

”Andreas is undoubtedly the person in Denmark with the greatest knowledge and experience in subscription concepts, and he is furthermore a very sympathetic and pleasant person.”

“Besides being probably the most experienced in subscription business in Denmark, Andreas is also incredibly empathetic, and has an ability to draw you in with his personality.”

”Andreas’ great experience in subscription services almost makes him an oracle, who has an answer to everything. He has a keen mind and is very comfortable to be with, so I can only give him my best recommendations.”

”Besides strong skills, Andreas is a great guy who keeps both feet firmly on the ground, despite what he has achieved. I hereby give Andreas my warmest recommendations!”

”Andreas has his finger on the pulse of the business when it comes to engaging members and creating value, and he is also a really talented and always well prepared facilitator.”

”We had the pleasure of Andreas at an Inspiration Day, where we were both inspired by his own impressive story, but also the way he challenged us.”

From free to paying members

From free to paying members